Tuesday evening, officers responded to 164 Lincoln Circle for a report of a shooting. Authorities found no sign of a victim, but did locate where the shooting occurred.

According to JPD, Quintez Brown later checked into a local hospital with a gunshot wound, and died due to his injuries.

Brown’s community at Lincoln Circle have a vigil set up in his honor. 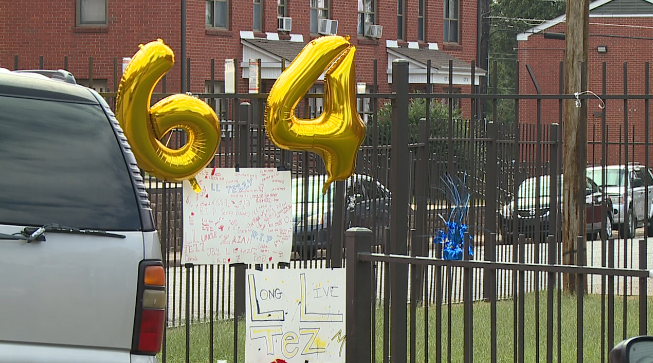 On Wednesday, JPD also responded to a call of a shooting near Grand and Wisdom Street around 2 p.m., but did not find evidence that one had occurred.

Neighbors on Grand Avenue woke up to hear a woman scream, gunshots, and a car crashing into another truck.

The suspect’s car crashed into a resident’s truck, which was later towed away by police.

Police confirmed a woman was injured in the shooting.

The identities of the people involved in the shooting have not been released by the Jackson Police Department, and they say it is still under investigation.