JACKSON, Tenn. — The City of Jackson announced the start date for the upcoming leaf pickup season. 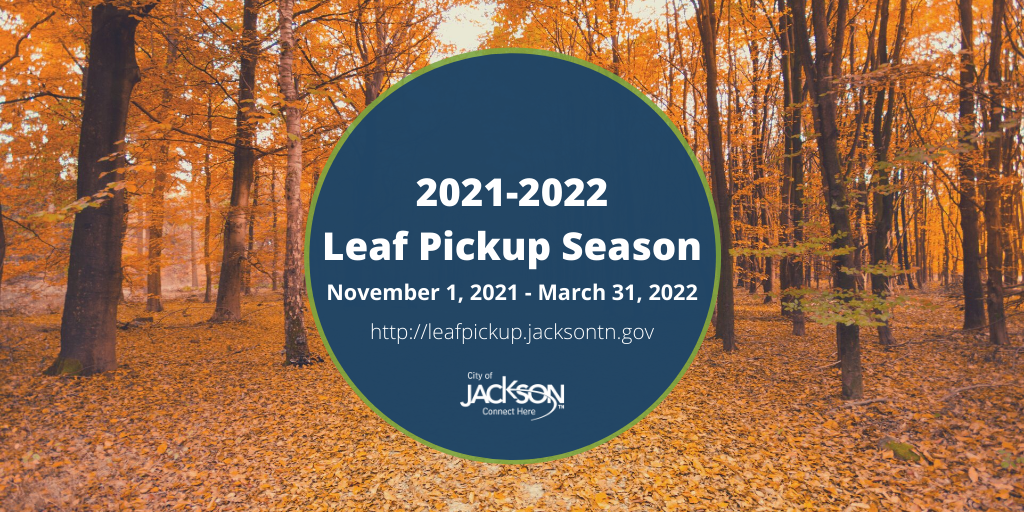 The City of Jackson’s Leaf Pickup Season will begin Nov. 1 and continue to March 31, 2022.

The city says pickup will begin Nov. 1 and end March 31, and adds pickup has been made easier through its new process that began last season.

“We took a look at the process in which we picked up leaves in our city and found a much simpler and efficient way to do it,” said Groundskeeping Superintendent JD Sims. “The previous process included 26 zones throughout the city. The new method covers the entire city in 4 districts.”

The city implemented a “sweep-thru” method, where its crews start on one side of the district, and make their way over to the other.

“Anyone who sees the leaf pickup crew coming through their neighborhood but didn’t get their leaves out until a couple of days later will have to wait until the next sweep-through,” Sims said. “If you see them in your neighborhood in early November, then don’t think that’s the only time they’ll be there. Once crews have swept the entire area, they will be back. You haven’t missed your chance.”

Jackson Mayor Scott Conger says he is proud of the groundskeeping crew.

“Efficiency has been and continues to be one of the top priorities of my administration,” Conger said. “Our groundskeeping crew under the leadership of JD Sims made last season’s leaf pickup a success and I am proud of the work they put in for our city.”

You can learn more about the city’s leaf pickup here.