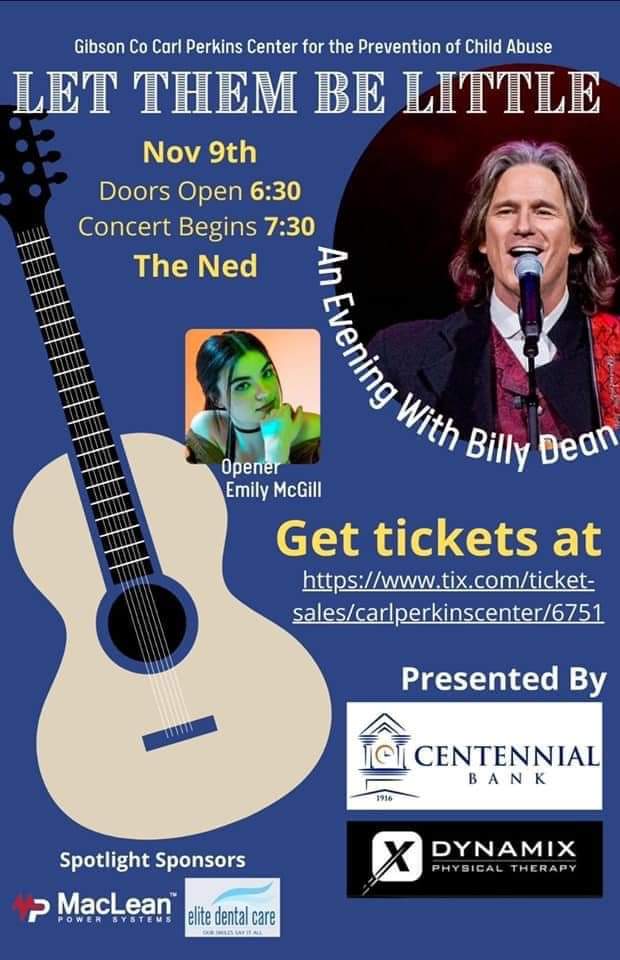 “Let Them Be Little,” an Evening with Billy Dean, will be held Tuesday, November 9 at The Ned.

Proceeds will benefit the children and families served by the Exchange Club-Carl Perkins Center in Gibson County.

Dean is a Grammy-nominated, CMA-winning artist who has released 11 albums over his 25+ year career and has toured with Alan Jackson, Wynonna Judd, Kenny Rogers and more.

Tickets can be purchased here, which include a limited number of tickets for a meet and greet to take place at 6:30.