JACKSON, Tenn. — A University School of Jackson senior was recognized during a Tennessee Titans banquet. 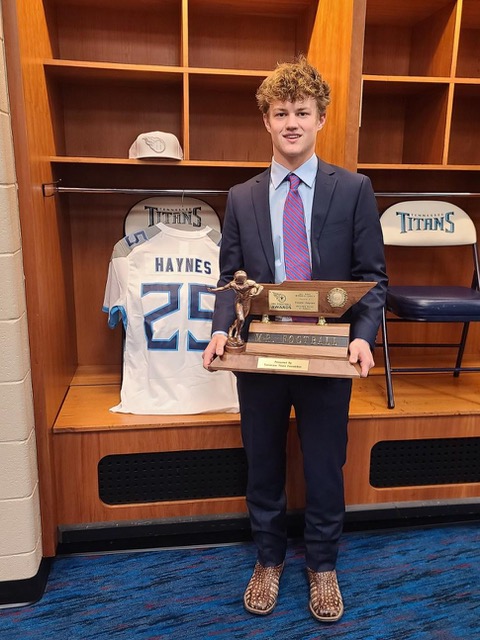 The news release says Steele Haynes was one of nine awards winners for the 2021 Tennessee Titans Mr. Football Awards.

The release says Haynes achieved 1,615 yards rushing over 152 carries in eight regular-season games, for a total of 29 touchdowns.

“We are proud of Steele and what he has done for us over the past four years; he is a tremendously hard worker with a strong work ethic. As the team captain this year, Steele was an intricate part of our success this season,” said Michael Stroup.

Haynes was also named the D-II A West Region Player of the Year.