PARIS, Tenn. — The lineup for the 2022 Tennessee River Jam Festival has been revealed, and some big names in music will be making their way to Paris, Tennessee. 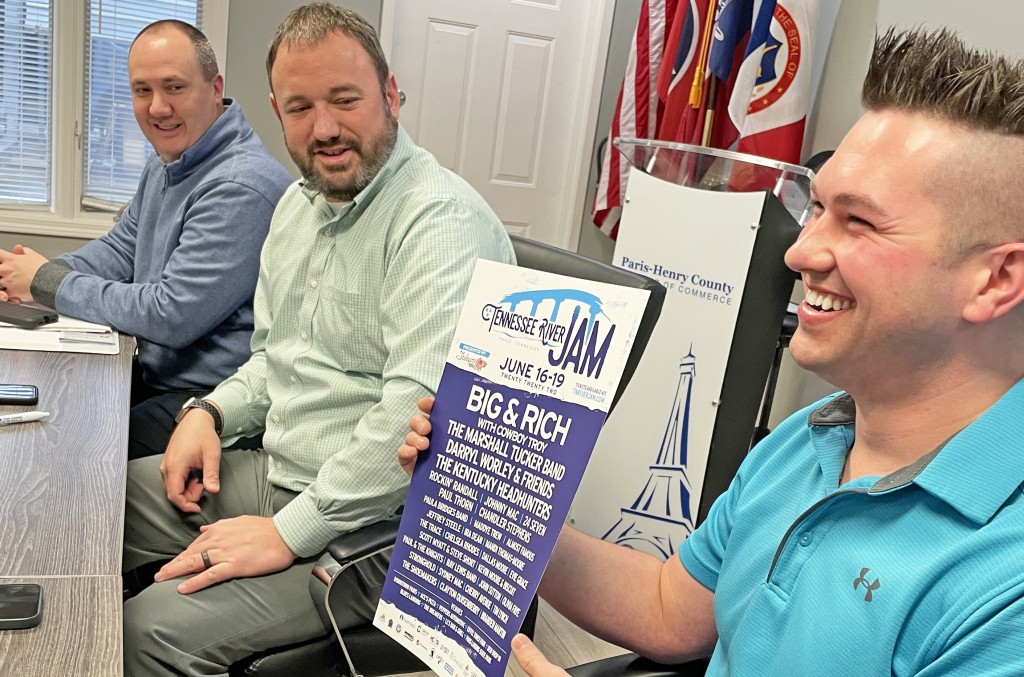 The lineup was announced by Vice President of Tourism Michael Trolinger during the February Board of Directors Meeting for the Paris-Henry County Chamber of Commerce.

A total of thirty-five artists are set to perform at this year’s event, including Big & Rich with Cowboy Troy, The Marshall Tucker Band, Darryl Worley, and The Kentucky Headhunters. 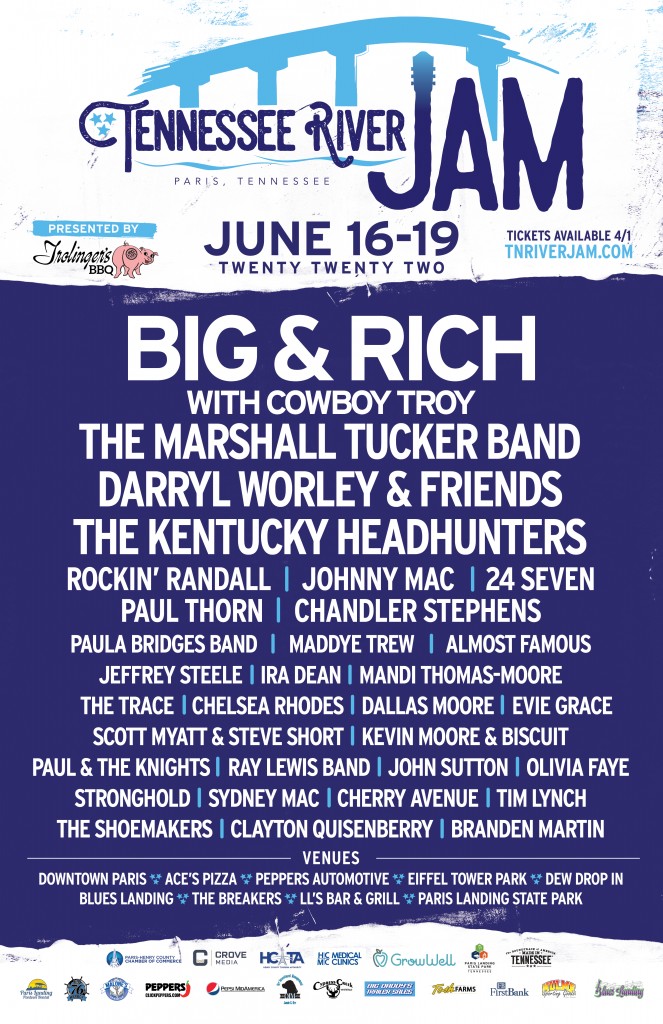 Chamber CEO and the event’s Executive Producer Travis McLeese says due to support from sponsors, local leaders and tourism agencies, they were able to double their investment in the event this year.

Sam McDaniel, President of the Board of Directors said, “We see Tennessee River Jam as not only an event that promotes the quality of life we enjoy in Henry County, but also one that is becoming a large economic driver in our community.”

The festival will take place over four days at nine different venues throughout Henry County, from June 16-19, 2022.

More information including a detailed schedule and ticket information will be available on the TN River Jam website by April 1.