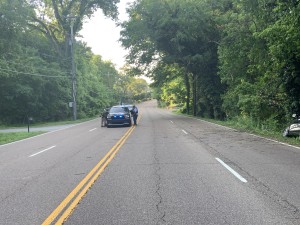 JACKSON, Tenn.–Jackson Police are now investigating a shooting that occurred on N. Highland Avenue, between Skyline Dr. and N. Parkway, which caused an accident and claimed the life of a young black male.  During this ongoing investigation, officers have located bullet holes in the victims vehicle.

At approximately 5:12 P.M. today, May 20th, Jackson Police were dispatched to the 1700 block of N. Highland for an accident scene. Responding officers located one vehicle with a deceased subject on the inside.

Investigators on the scene attempting to determine the cause of the accident and death. This investigation is ongoing. If anyone has information that would be beneficial, contact the Criminal Investigation Division by calling 731-425-8400.