LOS ANGELES (AP) — A judge declared a mistrial Wednesday at the rape trial of “That ’70s Show” actor Danny Masterson after jurors, who were leaning strongly toward acquitting him, deadlocked following the monthlong trial in which the Church of Scientology played a supporting role. 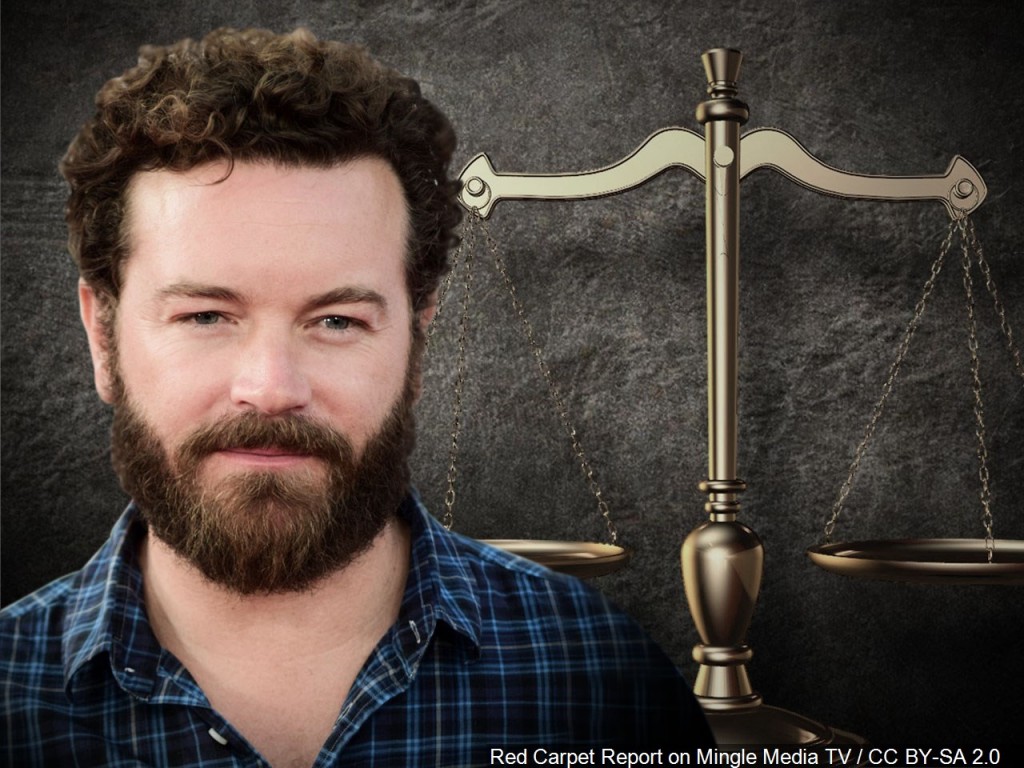 Prosecutors said Masterson raped three women, including a former girlfriend, in his Hollywood Hills home between 2001 and 2003 and the church dissuaded them from going public for years. Masterson, 46, pleaded not guilty and his lawyer said the acts were all consensual.

“I find the jurors hopelessly deadlocked,” Judge Charlaine Olmedo declared after the jury foreman said there was nothing the court could do to move them closer to reaching a unanimous decision. She set a March date for a retrial in Los Angeles Superior Court.

Olmedo had ordered jurors to take Thanksgiving week off and keep deliberating after they said on Nov. 18 that they could not reach a consensus. A jury of six women and six men began deliberations anew Monday after alternates replaced two jurors who were diagnosed with COVID-19 over the break.

The result was a serious setback for prosecutors, and for the three women who said they were seeking long overdue justice and provided emotional and graphic testimony over several days.

Two of the alleged victims in the case issued a statement saying they were disappointed “Masterson has evaded criminal accountability for his deplorable acts. However, we are collectively resolved to continue our fight for justice.”

All three women were members of the church at the time, and Masterson remains one.

Two of the women and the husband of one are suing Masterson, the Church of Scientology, its leader David Miscavige and others for allegedly stalking, harassing and intimidating them after they sought to expose Masterson.

Masterson left court with his wife, actor and model Bijou Phillips, without speaking to reporters. He was accompanied to court many days by members of his showbiz family as well as his sisters-in-law: actor Mackenzie Phillips and singer and actress Chynna Phillips, and her husband, actor William Baldwin.

The proceedings took place amid a flurry of cases on both coasts with #MeToo connotations, including the Los Angeles trial of Harvey Weinstein just down the hall from Masterson’s. In New York, Kevin Spacey won a sexual misconduct lawsuit brought by actor Anthony Rapp in New York, and a jury ordered director and screenwriter Paul Haggis to pay $10 million in a civil case there.

But at the Masterson trial, as at the Haggis trial, #MeToo implications were largely eclipsed by the specter of Scientology, despite the judge’s insistence that the church not become a de facto defendant.

Deputy District Attorney Reinhold Mueller said the church had tried to silence the women and that was the reason it took two decades for the case to get to trial.

Masterson attorney Philip Cohen said the church was mentioned 700 times during trial and argued that it became an excuse for the prosecution’s failure to build a believable case against Masterson, a prominent Scientologist.

Church spokesperson Karin Pouw said Mueller had misrepresented church doctrine and beliefs and the Jane Does made false allegations about Scientology.

“There is zero truth to any of the testimony that the church has harassed or stalked the Jane Does,” Pouw said.

Cohen said he would file a motion to dismiss the case, based on the way the jury voted. He said jurors provided additional insights after the mistrial ruling that were helpful but wouldn’t discuss what they told him.

“You always wonder as a lawyer if what you’re doing in court every day is making any inroads … with the jury,” Cohen said. “Clearly we made inroads.”

The district attorney’s office said in a statement that it was disappointed with the outcome and would consider its next steps. It thanked the women for “bravely stepping forward and recounting their harrowing experiences.”

Jurors were escorted out of the courthouse without speaking with reporters.

Masterson did not testify. Cohen presented no defense testimony and instead focused on inconsistencies in the accounts of the three accusers, who he said changed their stories over time and spoke with each other before going to police.

Mueller argued that Masterson was a man “for whom ‘no’ never meant ‘no.’”

Two women said they were served drinks by Masterson and became woozy or passed out before being violently raped. One said she thought she would die as Masterson held a pillow over her face.

An ex-girlfriend said she awoke to finding Masterson having sex with her without her consent. The defense said her claims were undermined because she later had sex with him after they broke up.

Cohen told jurors they could acquit Masterson if they thought he “actually and reasonably believed” the women consented to having sex. Mueller countered that nobody would believe the acts described were consensual, reminding jurors that one woman repeatedly told him “no,” pulled his hair and tried to get out from under him.

Mueller told jurors not to be swayed by defense speculation and said contradictions in the victims’ testimony were signs of authenticity as opposed to accounts that had been scripted.

The charges date to a period when Masterson was at the height of his fame, starring from 1998 until 2006 as Steven Hyde on Fox’s “That ’70s Show.” The show made stars of Ashton Kutcher, Mila Kunis and Topher Grace and is getting an upcoming Netflix reboot with “That ’90s Show.”

Masterson had reunited with Kutcher on the Netflix comedy “The Ranch” but was written off the show when an LAPD investigation was revealed in December 2017.