The sting of the Hornets; South Gibson back for business 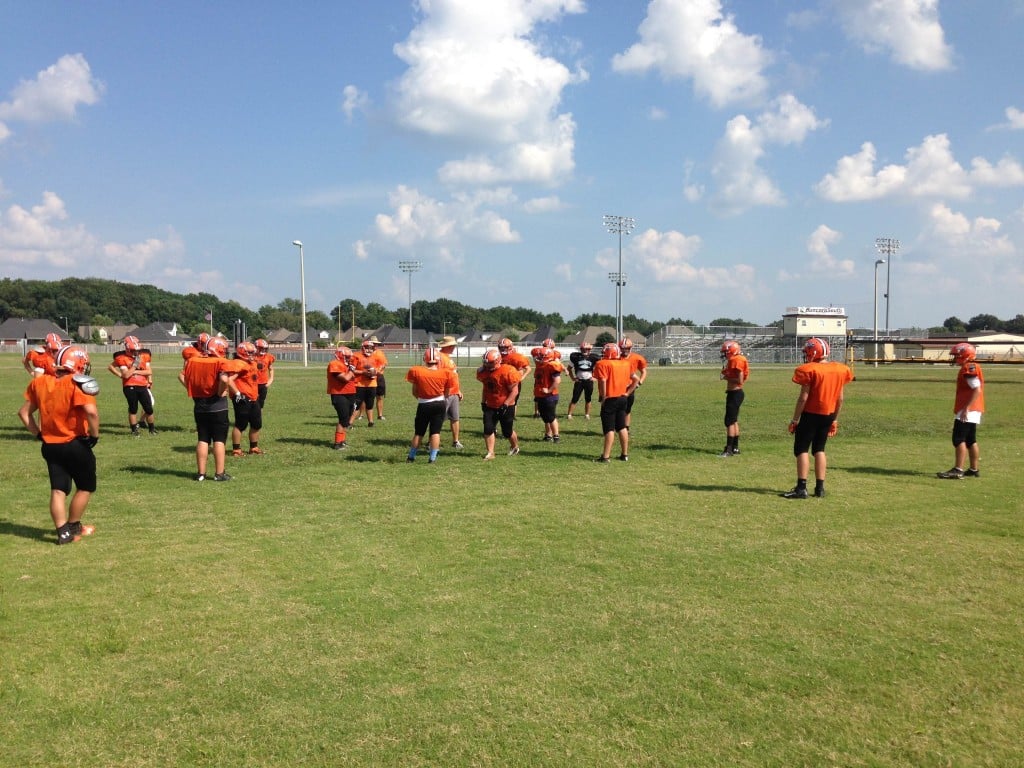 MEDIAN, Tenn. – Last season was a head scratcher for South Gibson high school’s football program. The Hornets closed out the regular season with a perfect 10-0 mark, including a 20-19 win over Milan. It was the postseason that haunted South Gibson. The Hornets were bounced out of the first round by East Hickman, 28-14. This season, Head Coach Scott Stidham returns a bunch that is ready to avenge last season’s sour ending. One area that remains cloudy for South Gibson is their offense. Only two starters return from last year. Those two are seniors Zac Murdaugh and junior Airan Reed. “A lot players took the field for the first time last week,” said coach Stidham about his thrilling victory over Camden. “We were pretty fortunate.” It was the Hornets goal-line stand that resulted in a 23-20 victory over the Lions. “We didn’t play a great game, but had great technique,” said Stidham. “Effort helped us a lot. We had some kids make some plays.” This week, South Gibson has the tall order of hosting Chester County. The Eagles fell short in Week 0 to Adamsville and will be pumped to get their first win. “Coach Hodum and his staff do a great job. They got young kids that will be ready to go.”