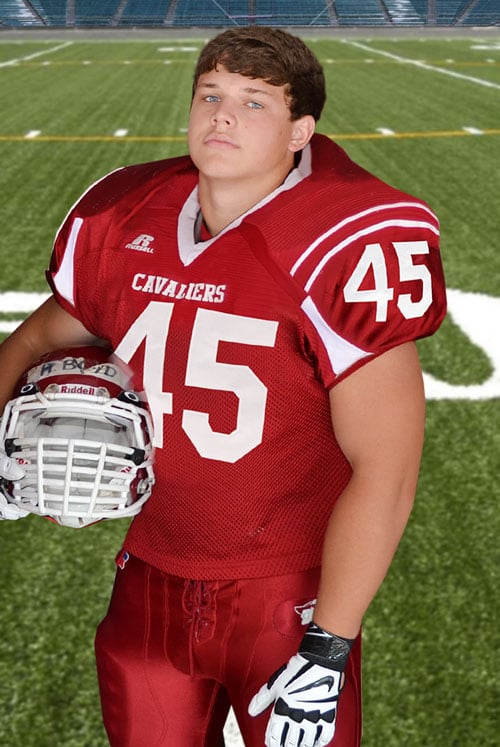 ALAMO, Tenn. – The relentless activity that athletes deal with in football is day in, day out. Some bodies are better built to sustain the hard-nosed sport, while others adapt accordingly. Crockett County senior Hunter Boyd’s body did a mix of both. The inside linebacker underwent shoulder surgery last season to fix his labrum. After surgery, Boyd did what any football player would do: rehab and get better. “I’m going to be a 100 percent no matter what. Effort is between you and you,” said the preseason all-state linebacker. “No matter what your talent is, you can always be a 100 percent.” According to doctors, what happened next was unexpected and unfortunate. “One side of my leg got bigger than the other,” explained Boyd. As a result of the winter layoff, Boyd developed a knee tendon issue. But just like his first injury, Boyd bounced back quickly to full health. “It’s obvious how much better we are when he’s on the field,” said Crockett County head coach Kevin Ward. “Your defense is only as good as the guys up front.” Boyd collected over 90 tackles last year, and is viewed as one of the key leaders on the Cavaliers’ defensive unit. Boyd has aspirations to play at the next level, and is currently being recruited by several schools.