JACKSON, Tenn. — Temperatures are dropping and people are in need of resources. 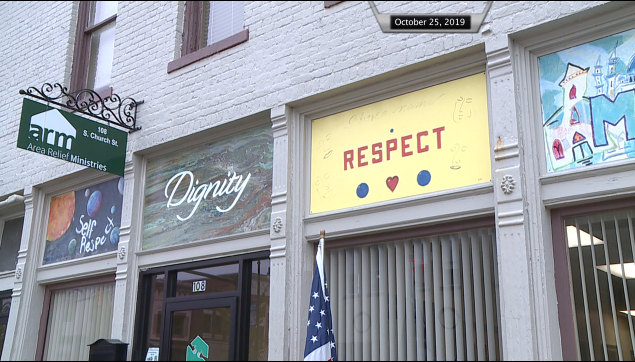 Area Relief Ministries has been a stable resource for many in the community in order to stay warm and get the needed essentials to weather the cold.

ARM has been able to provide items on a first come, first served basis, like sleeping bags, boots and hand warmers. But as the needs are growing, donations are needed to keep the stream flowing.

“Room in the Inn, shelter for men that we have. We have a day center that’s from six to 11 called Open Arm, where anyone that’s homeless can come. That’s women, as well as men, can come every day Monday through Friday from six to 11 and take showers,” said Fred McKinnie, the Director of Operations for ARM.

The Homeless Coalition, sheriff’s office, and EMA of Henderson County have all partnered together to bring people out of the cold through a warming station at the Watson Emergency Service Center.

The news release says that pets will not be allowed inside, but a few crates are available inside the garage.

The release says that anyone who wants to provide meals or snacks can contact Miles Roberts with the Henderson County Homeless Coalition at (731) 845-3803.

In Jackson, Mayor Scott Conger shared via Facebook that Tennessee Homeless Solutions has worked to get many people set up in hotel rooms. Conger says that the law enforcement will be working to get people to their provided rooms.

Tennessee Homeless Solutions also has a Homeless Hotline for our area that can be reached at 1-866-307-5469.

In Hardin County, Voice of Savannah will be serve as a warming station. Though they will not be open overnight, soup, body warmers and blankets will be provided until 8:30 p.m.